Taapsee Pannu is a travel freak. If your scroll through her Instagram handle, you will get to see pictures of the actress clicked at several picturesque locations around the globe. Recently, the actress jetted off to Russia.

Now, she took to her Instagram handle to share a stunning picture from her holiday. The actress looks uber-cool in a black halter neck top with grey pants and black leather boots. She finished the look with a cute hairband, white sling bag and cool pair of sunnies. She captioned the post as, ”Time to surround myself with colours, sit on street side, looking at the sky, take a deep breath and say “all is well” !

Check out her picture here:

The actress shared some more pictures on her Instagram stories featuring her sister Shagun Pannu. 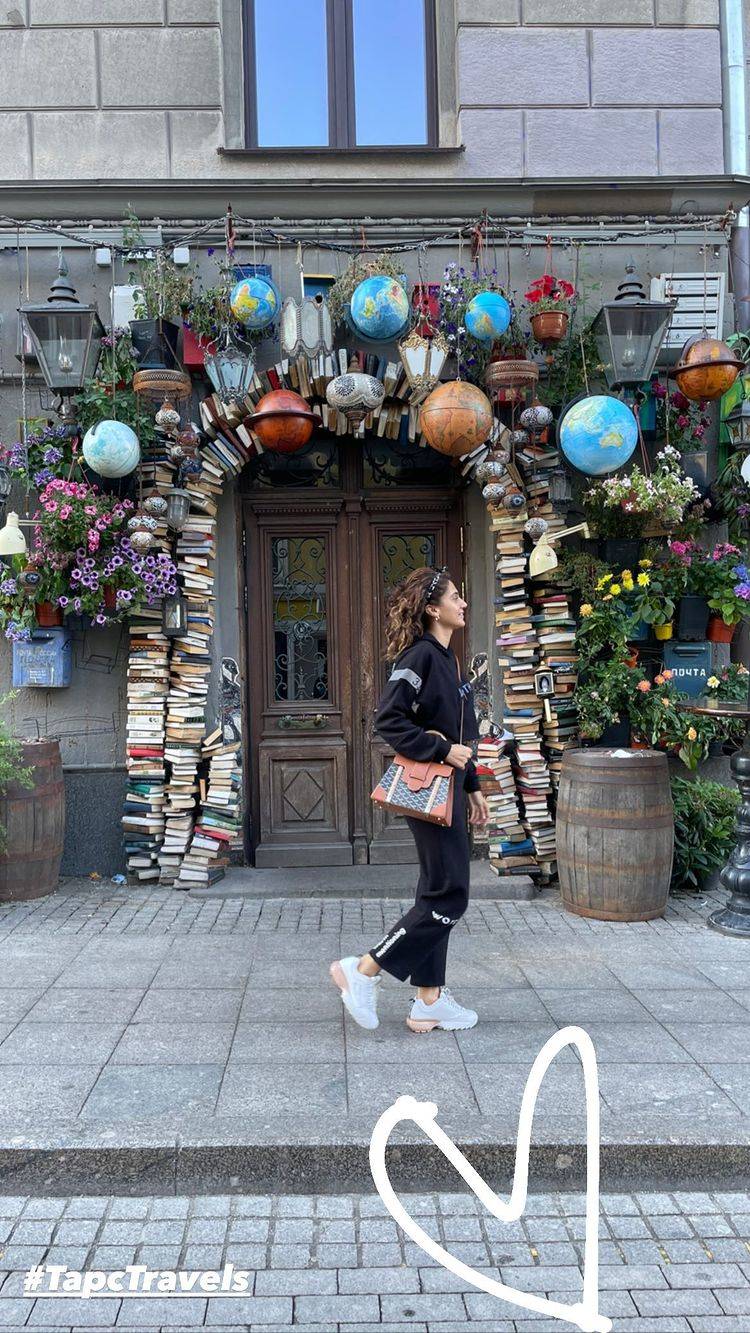 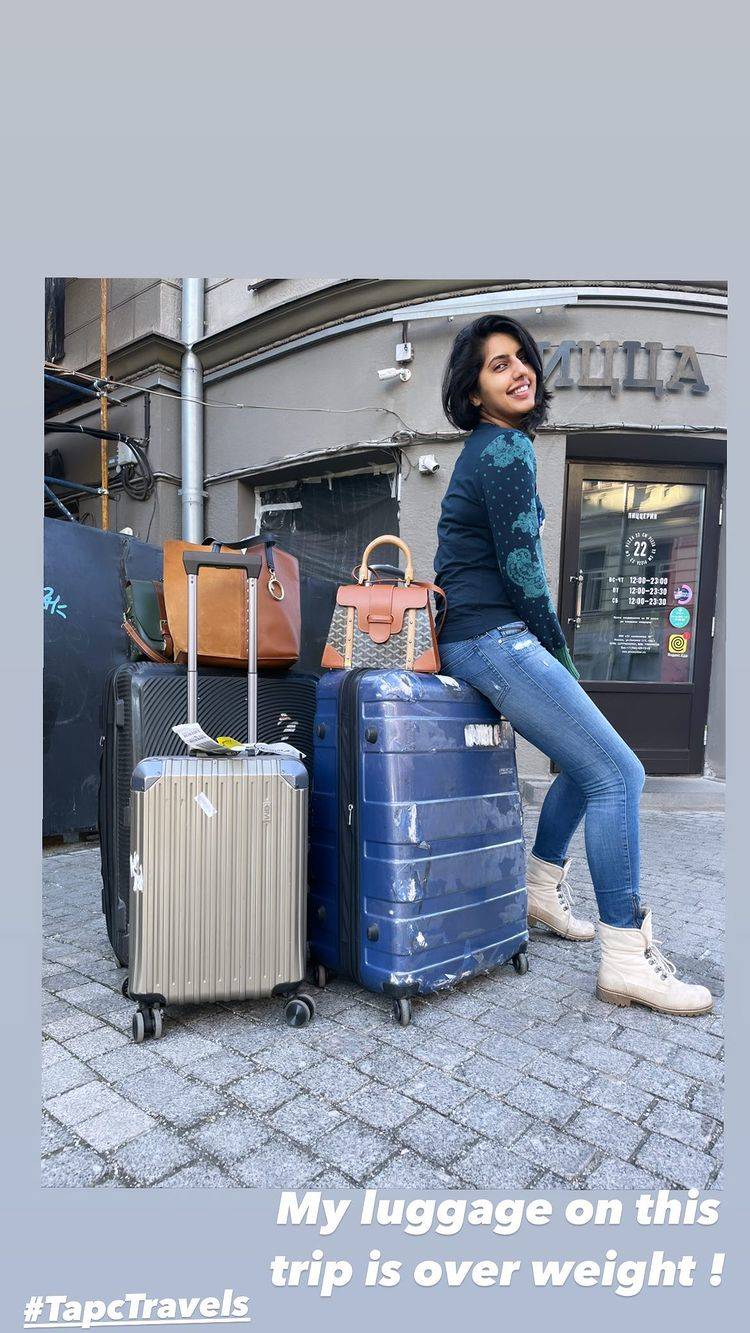 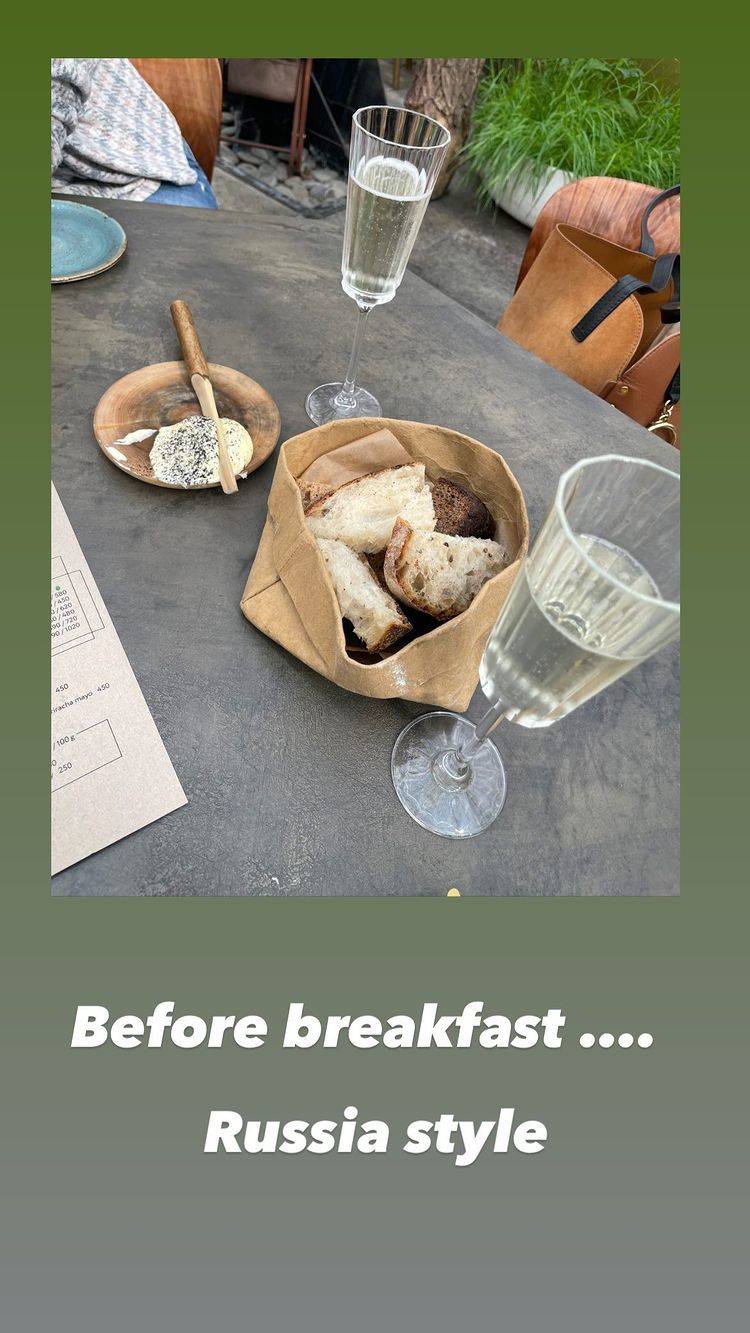 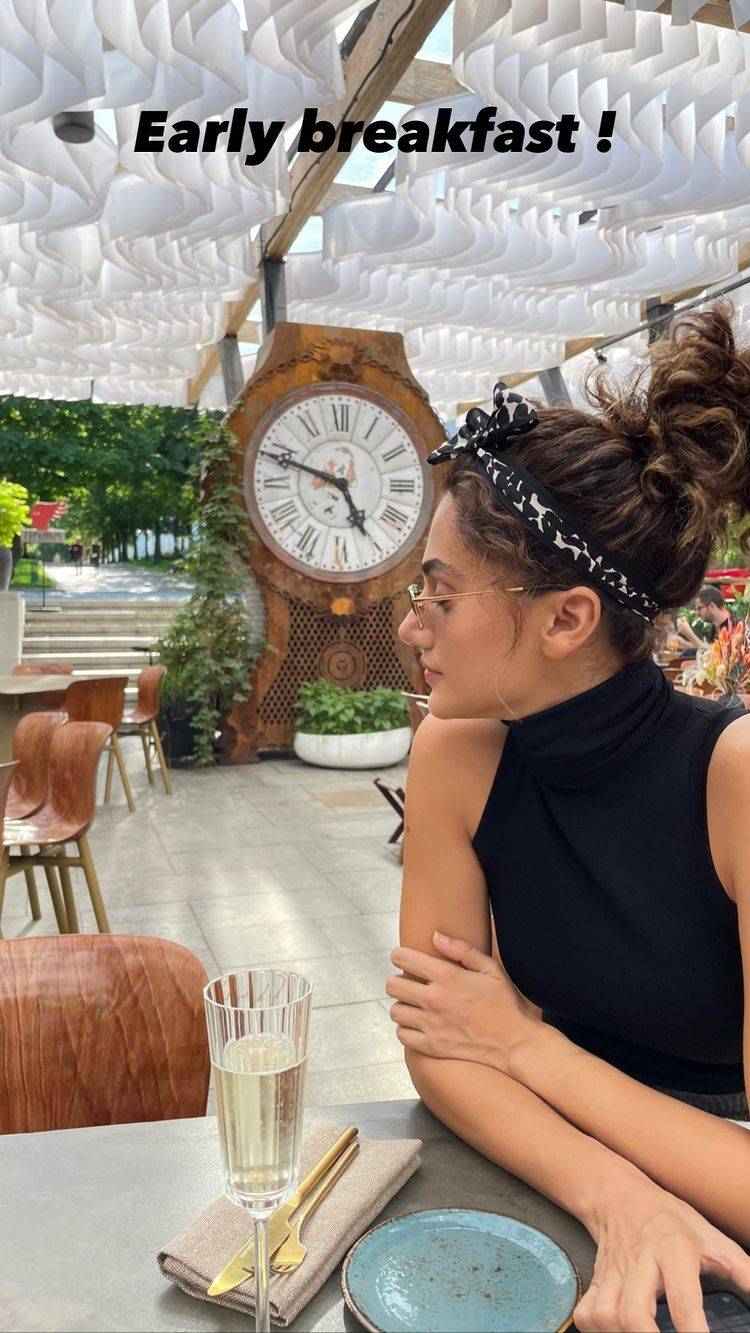 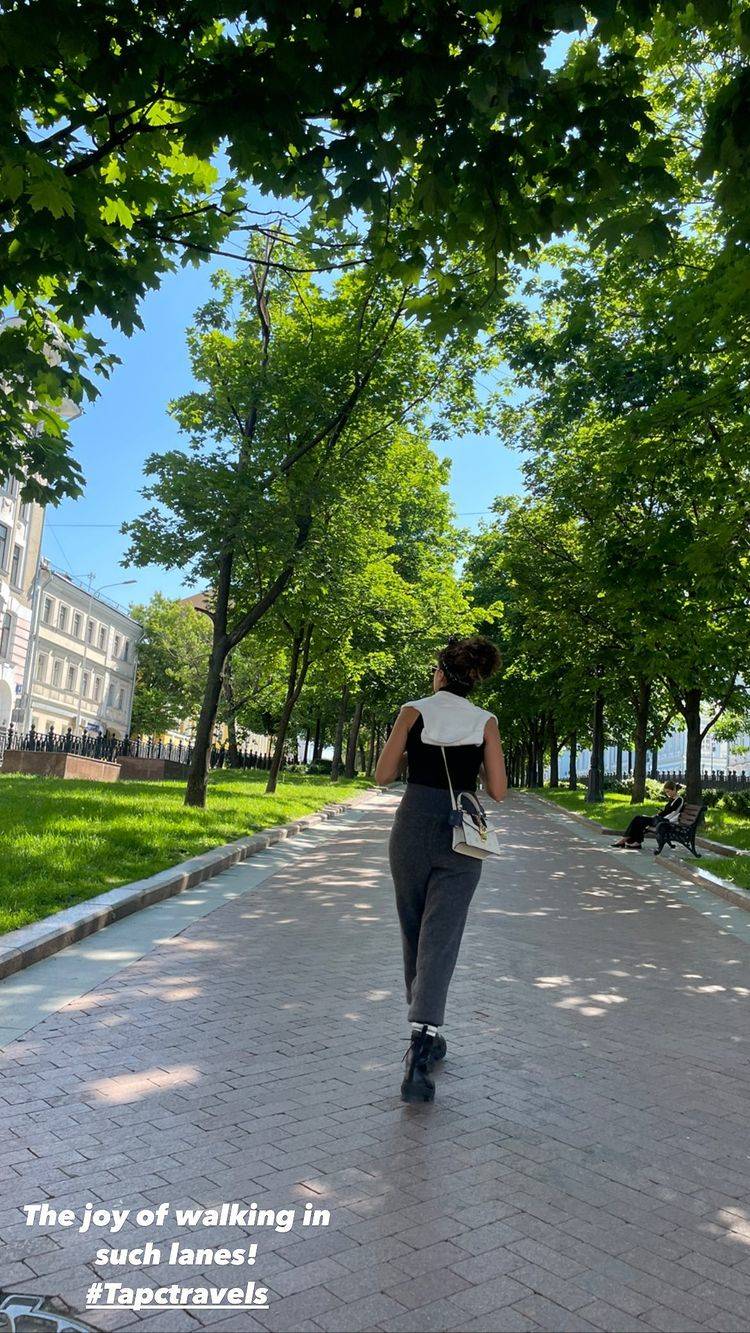 Recently, a source informed ETimes, ”There was not much of a discussion as both sisters wanted to visit Russia equally”.

In an interaction with ETimes, Taapsee opened up about the characters she has played so far. She said, ”The films that I have been a part of in Bollywood have very well fleshed out female characters. Most of them tell the stories from a female point of view. I never felt that they need a separate film to tell their story. But if at all I had to choose, I will pick my character in ‘Mulk’, Aarti Mohammed. I would love the audience to know more about her.”

Meanwhile, on the work front, she will be seen next in ‘Shabaash Mithu’ and ‘Rashmi Rocket’. She is also a part of ‘Looop Lapeta’ and the sci-fi thriller titled ‘Dobaaraa’.