Actor Shibani Dandekar has condemned the decision of a judge denying singer Britney Spears‘ request to remove her father Jamie Spears from her conservatorship.

As per the report, Britney’s father Jamie Spears was named the conservator of the formers’ estate and person in 2008 when the singer suffered a very public breakdown. The wealth-management firm Bessemer Trust Company joined Jamie last year as co-conservator of the estate.

“The conservator’s request to suspend James P. Spears immediately upon the appointment of Bessemer Trust Company of California, N.A. as sole conservator of estate is denied without prejudice,” the document read.

Reacting to the particular news, Shibani, who is quite vocal about women’s rights, took to her Instagram Story and wrote: “This is the world we live in.”
Shibani has also reacted to the news of a US Court quashing Bill Cosby‘s sex crimes conviction.

For the unversed, The Pennsylvania Supreme Court announced on Wednesday that it has overturned on appeal actor and comedian Bill Cosby’s 2018 sexual assault conviction.

Cosby appealed the conviction on the grounds that the original District Attorney involved in the case decided that Pennsylvania would decline to criminally prosecute Cosby for the incident, forcing him to provide four sworn depositions in a civil suit without the same legal protections, during which he made several incriminating statements.

Shibani is extremely disappointed to hear about the above-mentioned news. 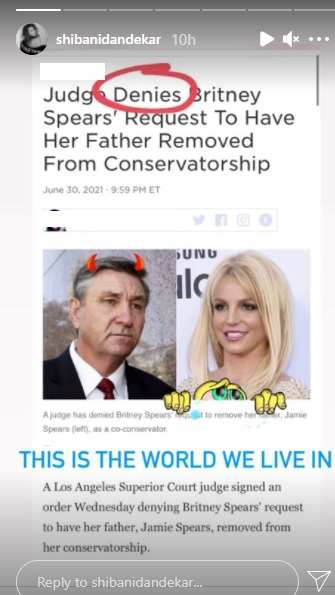 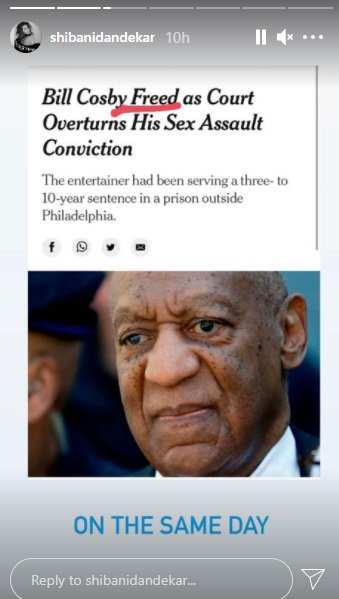 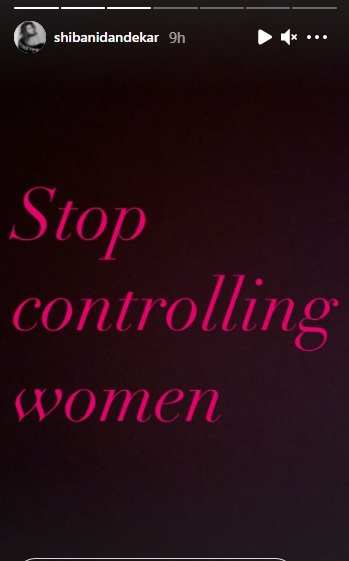