Bollywood superstar Ranveer Singh brought out the big guns as he posed for a fun shoot.

Debuting a new look with gelled back hair and a short stubble, the actor brightened up his fans’ timeline with his cheery photos that put his ripped physique on display. Rocking a vest, the actor posed for the shoot while flexing his buff new physique and huge biceps.

While the photos gave us all summer vibes, Ranveer’s chiselled physique had fans and friends leaving a trail of fireball emoticons in his comment section. Fellow Bollywood star and fitness enthusiast, Tiger Shroff couldn’t help but commend the actor for his transformation and left a comment that read, “Huuuge!” 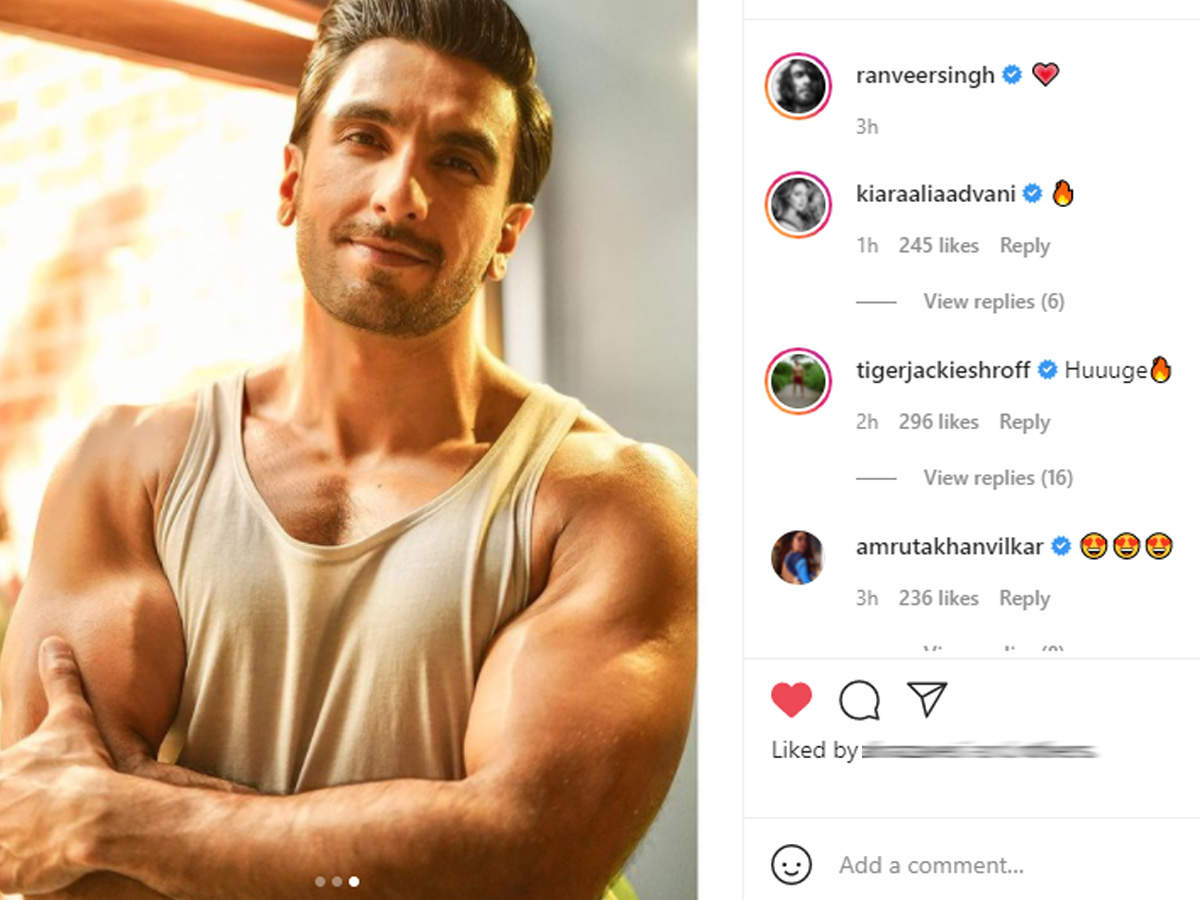 Ranveer, who was last seen on the big screen in the 2018 box office smash hit ‘Padmaavat‘, underwent a physical transformation for his role in ’83. From playing a warlord, the actor shed the extra muscle mass to play the role of Cricketer Kapil Devi in the sports film by Kabir Khan.

While the actor has a couple of films awaiting their release and still more set to go on floors soon, the actor has reportedly been confirmed to play the lead in Sanjay Leela Bhansali‘s ‘Baiju Bawra’. A source tells ETimes, “It is Ranveer Singh who has been finalised. An official announcement is in the offing, but yes, a few modalities yet remain to be worked out. Probably post all that, Bhansali will declare. But as things stand today, it is Ranveer.”