Kareena Kapoor and Saif Ali Khan have named their son Jehangir and the actress confirmed the same recently. While earlier Kareena’s father Randhir Kapoor had revealed that her second child’s name is Jeh, but turns out that was just his nickname. Kareena has reportedly addressed her son as Jehangir in her book ‘Pregnancy Bible’.

As soon as Jehangir’s name was revealed, netizens started debating the name. Internet users were divided as a few supported the couple while other trolled Saif and Kareena. 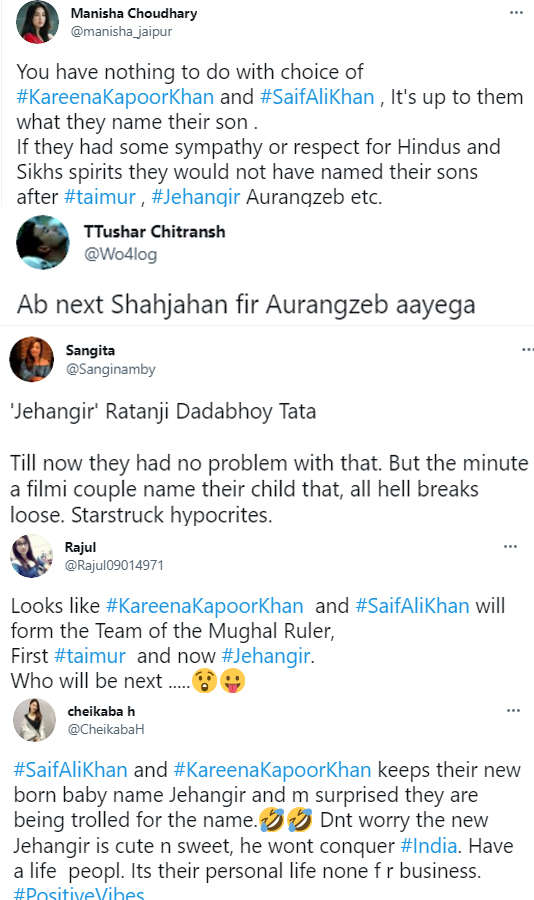 Kareena and Saif turned parents for a second time in February this year. After the birth of her second child, Bebo has announced that she will debut as a producer with a slick, edgy, new-age thriller. She has collaborated with Ekta Kapoor’s Balaji Telefilms for an untitled venture which will be directed by Hansal Mehta. Bebo’s first production movie will be inspired by a true life incident and the narrative will be set in the UK. The movie is scheduled to go on floors soon.
Excited to turn producer for the first time, Kareena Kapoor Khan said in a statement, “Very honoured and excited to work as a producer on this film with Ekta whom my family has known for years and ofcourse to be directed by Hansal for the first time. I am a huge fan of Hansal’s films and to be working with him for the first time will be special. There are a lot of firsts on this film and I cannot wait to begin this journey.” Speaking about the collaboration, Ekta Kapoor said, “Kareena Kapoor Khan is a dynamite combination of star power and talent. We last worked together on ‘Veere Di Wedding’ which was probably the biggest hit headlined by a female star. The second time’s always a charm and I’m confident this one too will excite the audiences. To have Hansal Mehta, one of the most prolific filmmakers of our times tell this story makes it all the more exciting! Get ready for one of the most intriguing and shocking mainstream films thus far!”