Celeb autobiographies are a handbook of sorts for those wishing to follow in their footsteps. Seems like Neena Gupta, who had to navigate the choppy waters of the industry all by herself, knew this when she started writing her book, ‘Sach Kahun Toh’, which is a tell-all about her life so far. Besides sharing anecdotes from her life, the actress has also made it a point to impart the wisdom that comes from living a life as adventurous as the one she has had.

In conversation with Vinita Dawra Nangia, Times LitFest Director and Executive Editor, ETimes, the actress opened up about what prompted her to pen down tips and tricks to survive in the cutthroat world of movies, and also shared an account of her mistakes for others to learn from. We asked her why, as opposed to the common perception that an actor has to work himself up before putting up a performance, Neena, in the book, advises that they calm themselves down? To which, she explained, “It is the most difficult thing. You have to focus and be in the scene; what I have learned from my experience is that you have to mean the dialogue you say and listen to the co-actor. That is the most difficult thing to do because your thoughts can wander; if you are tense, you can’t focus, so, you have to relax”.

The actress admits that even now sometimes her mind goes somewhere else. “But because I have so much experience, I can do average acting even without meaning it. People who are critical and want to feel what you’re saying, immediately understand when you’re not fully into it. Even if you didn’t have a good night’s sleep, you have to go and work. It’s a taxing profession physically… very tough,” she insisted.

Is that why she stresses the importance of a mentor in the book? “It’s like any industry, you cannot enter a business without knowing the rules of the game. As I said, I didn’t call Shekhar Kapur back because I thought he had told me that he’d call me back. If there was somebody who was advising me, I’d not have missed the opportunity,” she rued, talking about the incident she mentions in the book, where she was being considered by the filmmaker for a role but lost out on it because she didn’t take the initiative to call. “Later on, I was advised to write down the names of people to call in a week, and to make at least 10 calls every day, and to keep calling till there is a response. Earlier, I didn’t know all this”.

Like her other follies, Neena has also regretted the manner in which she dealt with the media in her heydays–by being completely open about her life and sharing details of her private affairs without inhibitions, only to have it to be splashed across the gossip columns the next day. “As I said, it was my mistake. I thought they were my friends but they are also clever, and that was their profession. It demanded things to be gotten out of me. I don’t blame them,” she shrugged, pointing out how recently a journalist reached out to her for an interview on a topic she didn’t want to talk about and when she denied her request, the scribe revealed she was a rookie reporter who was asked to get something scandalous or face dire consequences. “But I think in today’s generation people are very wary of what they’re saying, they’re very good. They have learned a lot from social media; things have changed now,” she observed. 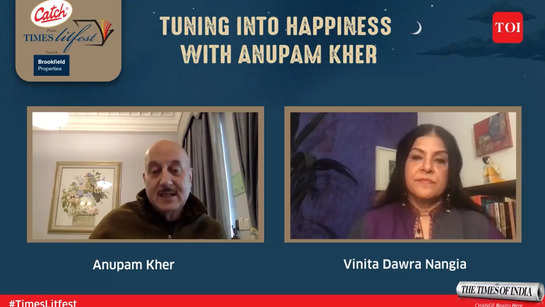