Lisa Haydon recently shared stunning pictures from her third pregnancy and won fans with her elegance. Interestingly, one user commented on Lisa’s pictures, “It seems like you are pregnant all the time!! Do you love being pregnant?” While the netizen tried to troll her, Lisa calmly replied, “Yes, I do it’s a very special time. But also no, not anymore. I look forward to life after childbirth.” 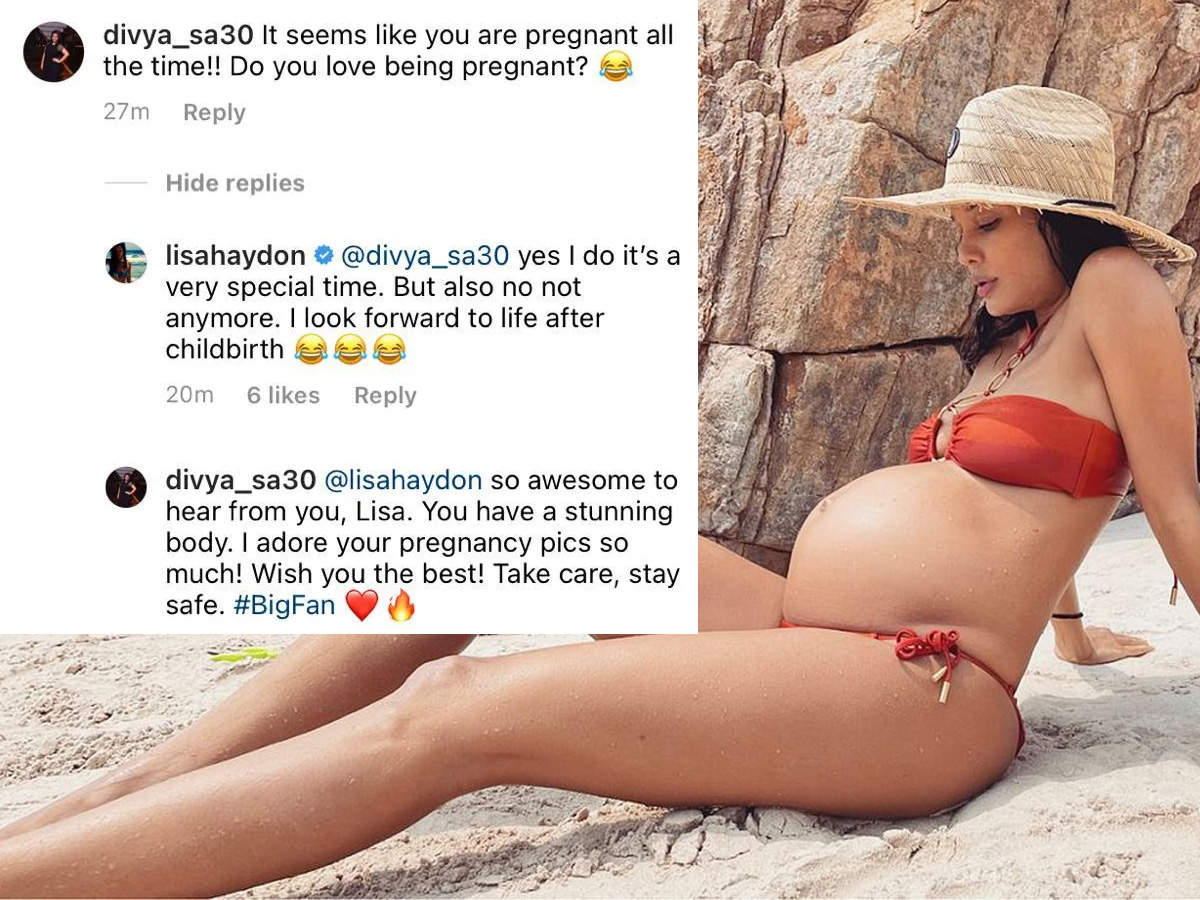 In October 2016 Lisa married boyfriend Dino Lalvani, who is the son of Pakistan-born British entrepreneur Gullu Lalvani. The couple dated for almost a year before becoming trying the knot. Lisa and Dino welcomed their first child, son Zack in 2017. The couple turned parents to Leo in 2020 and the actress is expected to welcome her third child this month.

In February this year, Lisa had announced her third pregnancy with her husband with a post on social media, She had posted a stunning picture by the beach where her adorable baby bump was highlighted. Lisa Haydon had also revealed that they are expecting a daughter this time.
On the work front, Lisa Haydon was last seen in 2016 release ‘Ae Dil Hai Mushkil’. The Karan Johar directorial featured Ranbir Kapoor, Anushka Sharma and Aishwarya Rai Bachchan in the lead roles.