Reels of films have been dedicated to mothers–their sacrifice, kindness, selflessness, and even ire. However, Bollywood has seldom paid enough attention to fathers. For the most part, they’ve been relegated to the sidelines or added as a mere afterthought. Over the years, we have seen them being stereotyped as too strict, stingy, or intrusive. They were either the breadwinners or keepers of the patriarchal ways of society. In fact, it wouldn’t be a stretch to call fathers of yore mere caricatures inserted into the film to provide feudal values, comic relief, or a plot twist, unlike their female counterparts who were usually more pertinent to the plot and emotions. Of course, there were a few that were noteworthy and did justice to a father’s role, but more often than not, it wasn’t the case. In this week’s #BigStory, we take a look at how far have fathers come in Bollywood and try to assess what has brought about the change. Read on:


These fathers were the ones recruited for their strictness and unforgiving, almost unemotional nature. Think Prithviraj Kapoor’s Akbar in ‘Mughal-E-Azam’ who orders his son’s paramour Anarkali to be buried alive or Kajol’s bauji in ‘Dilwale Dulhania Le Jayenge’ who waits till the climax of the film to have a change of heart. This particular brand of father, when included in a film, was only to steer the plot in a particular direction. Besides booming orders and delivering heavyweight dialogues, they were only allowed to let their guards down once or twice to give off the impression that only their childrens’ rebelliousness brings out the worst in them.
Filmmaker Mahesh Bhatt, who has himself been at the helm of projects featuring strong father characters, offers his take on this. “Movies look for great conflict and whenever movies dealing with father-child conflict have been made and made well, they become a box office hit. The father in ‘Mughal-E-Azam’ was a different kind of a father than what exists now in our movies. There, Shahenshah Akbar forces his will onto his son Salim, not through fair means but through foul means and separates him from his ladylove Anarkali. Aditya Chopra‘s ‘Dilwale Dulhania Le Jayenge’ was another excellent example where the character of Amrish Puri who represents tradition fights tooth and nail to keep his daughter tied to tradition. Finally seeing the purity of their love, concedes and lets her loose out of the cage of tradition.” 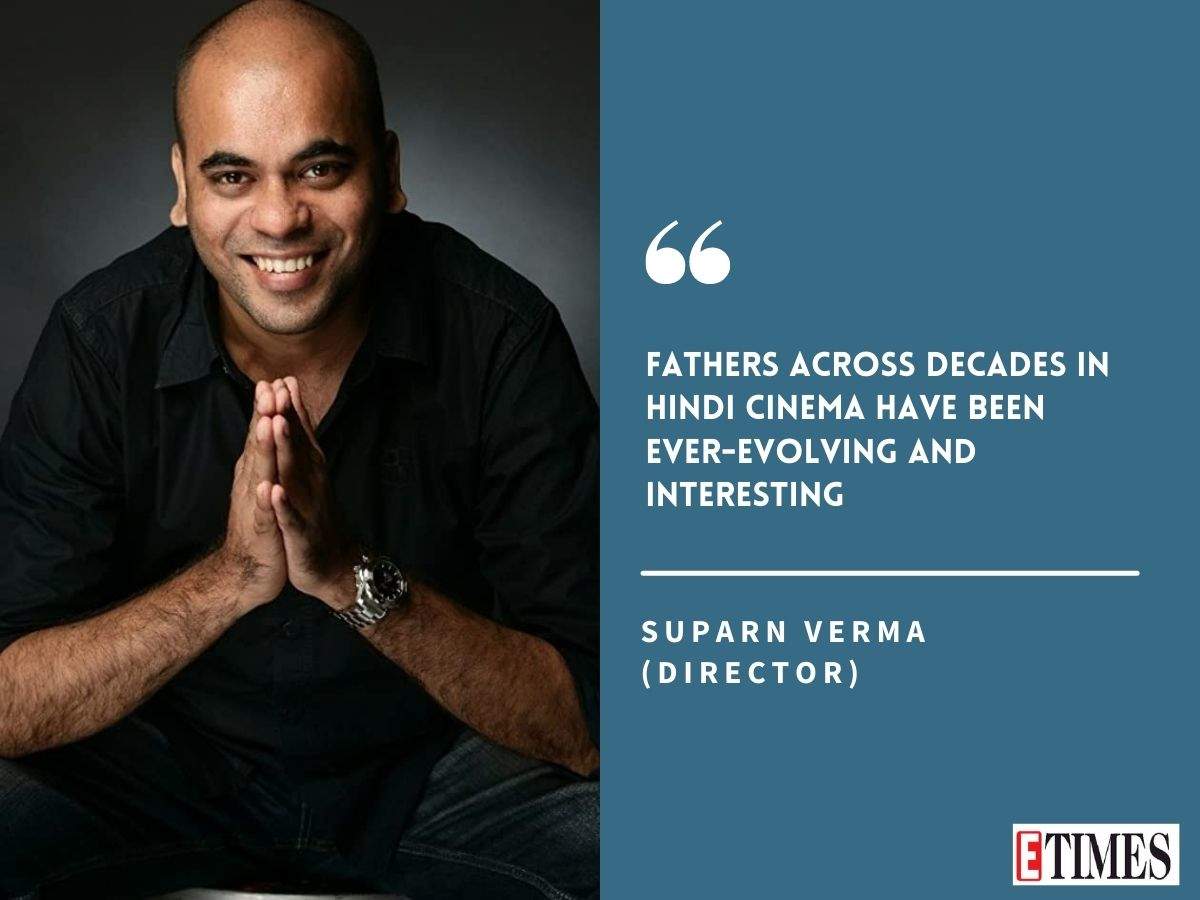 Director Suparn Verma is of the opinion that the strained relationship between a father and child is one of Hindi cinema’s prominent fixtures. “Fathers across decades in Hindi cinema have been ever-evolving and interesting. Right from the very beginning, whether you take a film like ‘Shakti’ which revolved around the father-son conflict of Dilip Kumar being the righteous cop but a failed father whose failure leads his son taking the line of crime, to a movie like ‘Saaransh’, which was about a father’s fight to get his son’s ashes back. There were also the routine fathers, the strict fathers, the cranky fathers, or the ‘Dil Hai Ke Manta Nahin’ father who tells his daughter to run away with the right guy. We have seen fathers of all kinds in every era of Indian cinema. We have fathers who have been fixtures. Shahenshah Akbar was an eternal father in ‘Mughal-E-Azam’. You can’t have a more grandiose father than Prithviraj Kapoor fighting his son Dilip Kumar, who was later fighting his son Amitabh Bachchan in ‘Shakti’. So, the silsila of father and son fights has gone on and on,” he points out.
Misunderstood much?


Psychologists vouch for the impact a child’s upbringing has on personality. But Suparn feels that films reflect the society and that since being a father is a very misunderstood relationship in general and even in real life, fathers struggle to be understood, it translates onscreen too. “I am talking about Indian traditional males who have been taught to be a certain way for a very long time in their life, that they have to be strong and stern and be the man. They really struggle with their emotions whether to express them, whether to even accept it to themselves of how they feel and that leads to complications later on in life when their children grow up, their relationship with their own spouse. Now, at a time in life when they both grow, the wife does not want to take any s**t anymore and these guys are still stuck in time,” he opines.

A martyr no more 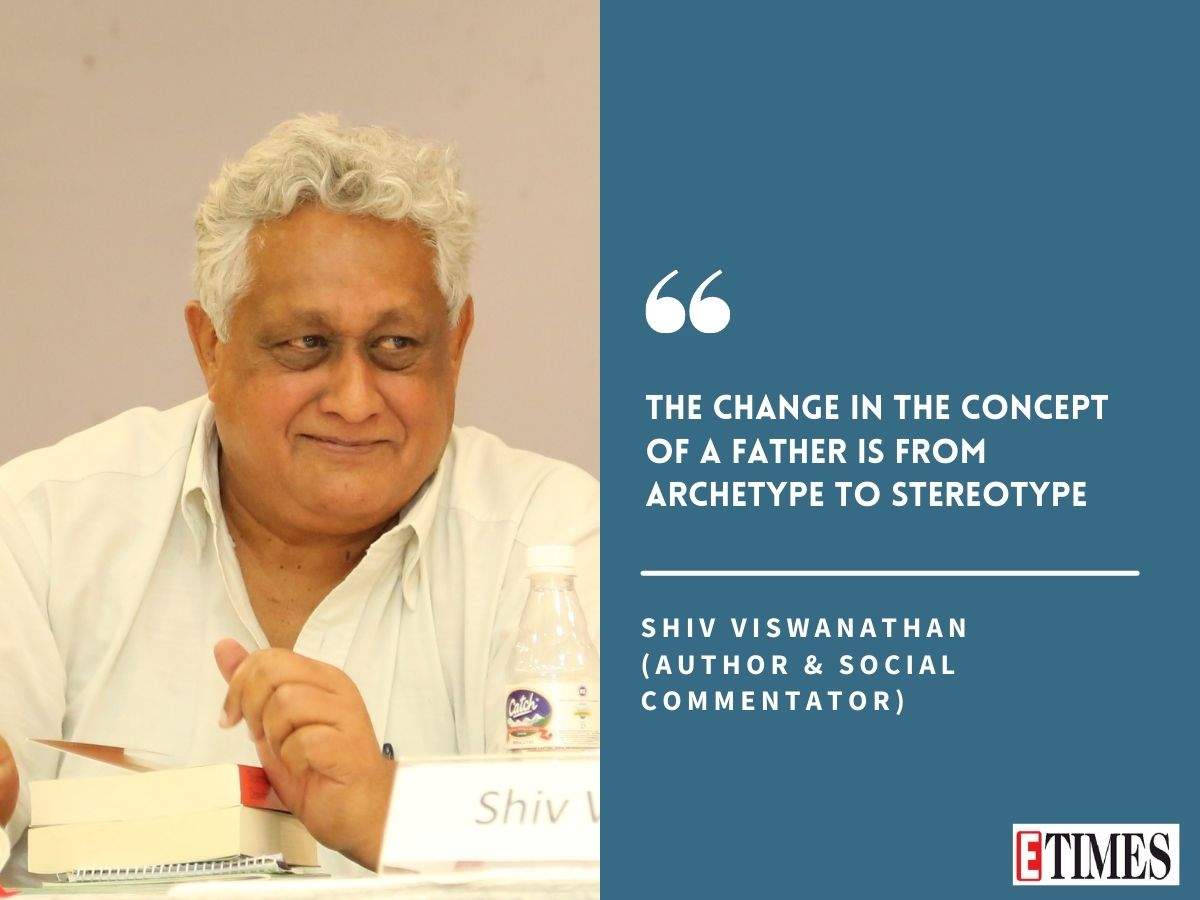 While mothers were the usual sacrificial lambs in Hindi films, there were times when the fathers were also employed to bring in an emotional angle. Considering Bollywood’s fascination with fairytales and films with happy endings, it is also not a surprise that fathers often played mere puppets to evil stepmothers. Author and social commentator Shiv Viswanathan feels that the father in films has been shaped by the demands of the economy. “The change in the concept of a father is from archetype to stereotype. Archetype combines the best quality of a man and his best character. Unfortunately, the father as an archetypical patriarch could not last in a middle-class economy. As Bachchan movies display, the good cop, the good teacher, and the good father were eliminated before the interval. In a patriarchy a father makes sense; in an aspirational economy, the husband makes sense. It is this transformation from father to husband that Hindi movies are struggling with,” he reasons, adding, “The father can be authoritative but the husband has to be inviting in his competence. Patriarchy allowed for distance but in today’s economy, the machismo of the man has to yield to easy-going sexuality and intimacy. The patriarch sits silently and the husband needs to learn to talk”.


Fatigued from holding up the weight of morals, Hindi cinema eventually saw the father figure metamorphose into a friend. The new daddy cool was a partner-in-crime and so chummy with his kids, you’d mistake him for an older friend. Think Shah Rukh Khan’s Pops Anupam Kher in ‘Dilwale Dulhania Le Jayenge’, who in stark contrast to the rigid Amrish Puri in the same film, shot down beers with his son without even batting an eyelid. Mahesh Bhatt, who has written one of the most real fathers of Hindi cinema in ‘Saraansh’, says, “When Rajkumar Barjatya asked me to make a father-son narrative I was hurled into my own life. And taking inspiration from my life burns, I told the story of my troubled relationship with my father and gave it a fairytale ending, where the father finally congratulates the son who has birthed himself without his support and concedes that he was wrong and the son was right. It was tradition finally succumbing to the new stream of life and accepting its existence with great respect”.

He goes on to add how the most heartwarming movie of his was ‘Dil Hai Ke Manta Nahin’ where the character of Anupam Kher begs his daughter Pooja to run away from the wedding mandap to marry an anonymous scribe who has more moral character than the actor whom she had first chosen. “This is what comes to my mind when I think of the father-children relationship. Fathers are symbols of tradition but it’s only when tradition yields gracefully to the new stream of life that societies move ahead. And mainstream cinema has repeatedly tried to capture changing spirit of this great nation which is continuously evolving,” asserts the filmmaker.


Mahesh Bhatt’s words ring true. Bollywood’s fathers have indeed undergone a makeover. While they are yet to become absolutely real, change can be felt. Be it Irrfan Khan’s businessman dad who changes addresses and lifestyles to get his daughter admitted to a school of his wife’s choice or Amitabh Bachchan’s constipated yet progressive father who instead of wanting to marry off his daughter, tries to keep her with himself, Aamir Khan’s single father who learns to bring up a child in ‘Akele Hum Akele Tum’, or the ever-supportive Jassie Gill who takes up the responsibility of the household to enable his wife to pursue her passion–the modern filmi father is not only friendly and frank, he is as real as they come. 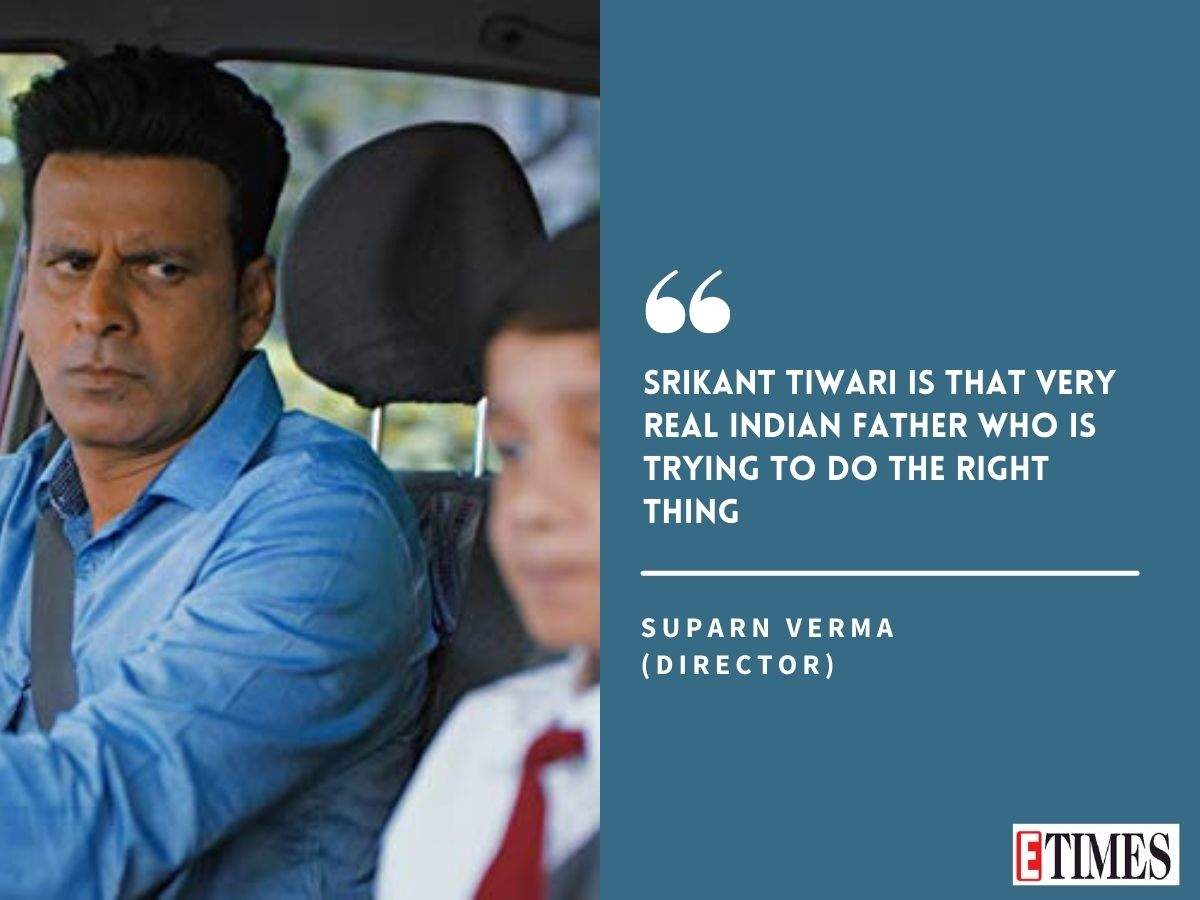 Suparn explains this with a recent example. Pointing to Manoj Bajpayee’s character in the web show, ‘The Family Man’, he adds, “Somewhere in this changing milieu of fatherhood comes in Srikant Tiwari who is basically a guy from a small town living in a city. He is both progressive and traditional in his own ways. He is caught in this ever-changing world. He has two kids belonging to two different generations. One is millennial I guess and the other is even younger, from a different generation than his own sister. If the two were from the same generation they wouldn’t have different sets of core beliefs and there is this man who is trying to be a good father, good husband. It’s an ever-evolving relationship with every passing year as his children are growing up. Srikant Tiwari is that very real Indian father who is trying to do the right thing at times succeeding, at times failing and that reality is what connects with the audience”.