This year’s 93rd Academy Awards started with grandiosity as Hollywood’s dapper extraordinaire Brad Pitt, the brand ambassador for Brioni, wore Brioni’s bespoke tuxedo in exotic black Escorial wool with a peak lapel in satin. The spectacular event’s red carpet was studded with sterling creations from all the major fashion houses, their most glamorous avant-garde gowns and jewels being a feast for the eyes. It’s that time of year when all the fashion weeks of the past 365 days kind of get under shadowed due to Hollywood coming out in its most bedazzled form, after weeks and weeks of diet and fashion experts putting together their best work. Keeping in mind the expertise that all those brands account for, and their creations making a significant mark through Hollywood celebrities, we can say that this year, the fashion houses truly surpassed themselves. That too amidst the pandemic battle that has powered up with a second wave upon us. Nevertheless, let’s have a look at some of the fashion brands that had their best foot forward at the biggest film event of the year. 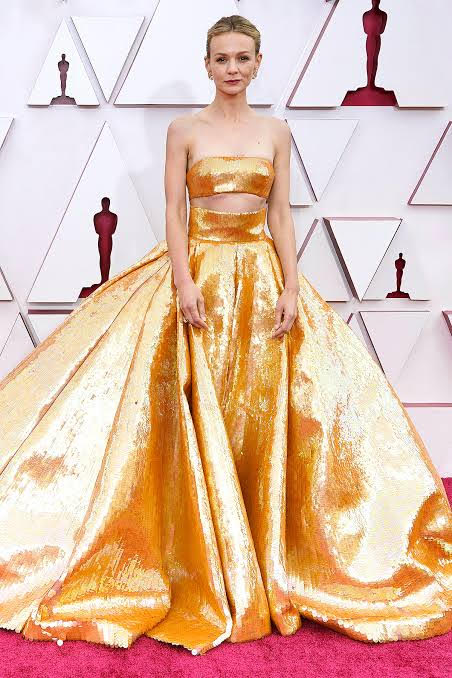 Maison Valentino scaled up brilliantly with a bright yellow haute couture gown for Zendaya, keeping in mind the aesthetics of this new and popular youth icon, and her vibrant, boho-chic characteristics that have the GenZ going gaga over her. The gown that radiated Zendaya’s inherent glow set social media on fire. Also created by Valentino was the gold crop tube dress with a beautiful broad belt-pleated skirt that made Carey Mulligan look like a million bucks, adding to the elegance and delicacy she possesses. It super-glammed up the event and was indeed metaphorically adding life and shine to current times. Giorgio Armani’s sultry red gown, to which he added the perfect frills to doll it up in a net-pleated silhouette, presented the sensational lady-in-red for the event, Amanda Seyfried, who emanated a charming, barbie-glam on the red carpet. The stunning Renee Zellweger looked out-and-out gorgeous again in Armani’s creation. Her lovely roasted light pink, clean-cut A-line gown with a string of diamonds was an extraordinarily feminine design. Louis Vuitton had Regina King look outstandingly effervescent in a custom-made gown by Nicolas Ghesquiere; it felt like she was a whole new statue in mermaid metallic blue. The showstopper for the night, Maria Bakalova felt like a dream in a serene, white, magical dress of Louis Vuitton. Alexander McQueen created a strong, solid, yet exquisite cutwork creation for the equally strong Viola Davis, reminding us all over again how important it is to flaunt our uniqueness. Another white allure came from Gucci’s Alessandro Michele for Vanessa Kirby – a beautiful trail on the back divided as bow-folds, giving her an absolutely angelic persona. Chloe Zhao looked like her best self, and completely at ease in her Hermès knitted dress and sneakers, showing the world how humble she is, even with accolades like being the first woman of color and only the second-best woman ever to win an Oscar for best director, to her name. Cinema legend Angela Bassett flaunted Alberta Ferretti in bright orange-red with elaborated dramatic sleeves. 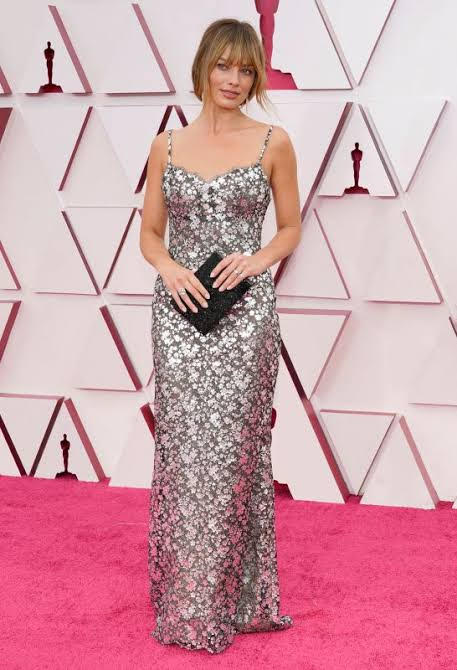 And let’s list out the best at the last like Margot Robbie looking drop-dead gorgeous in a Chanel sequinned-gown, specially designed for the Academy Awards. Reese Witherspoon chose a Dior gown in maroon, as impactful as her performances have always been. Halle Berry picked a Dolce & Gabbana raspberry-hue with a sweetheart neckline and exaggerated bow detail at the waist in a strapless chiffon gown, marking her powerful and feminine vibe. And we just can’t miss Laura Dern’s beautifully designed contradiction gown that was brought to life by a team of experts, featuring a high-low skirt of individually embroidered feathers; it accounts for over 1600 hours of craftsmanship. Statuesque and stunning! 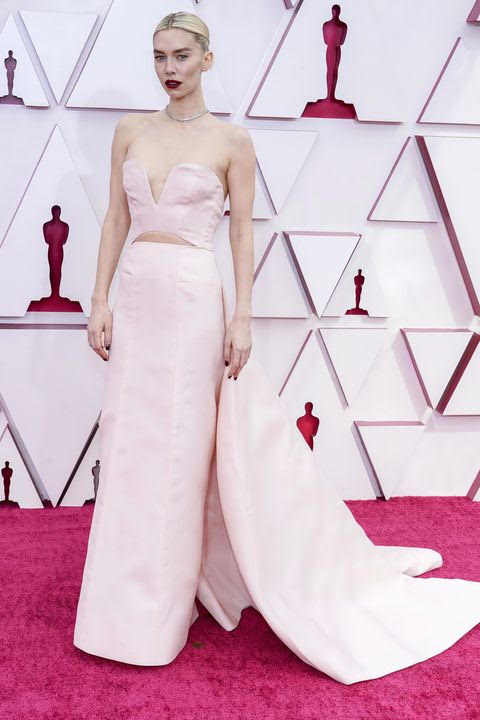 A benchmark for fashion


Oscar awards and their after-effects on fashion scenes are implacable since each gown is more exclusively designed, the haute couture of some of the most prestigious fashion houses in the world of fashion. Making these pieces not only requires time and artistic skills, but it’s more about the memorable moments of these stunning and talented celebrities flaunting their most admired and exclusive gowns and jewels. This trend has always been setting a benchmark for fashion for the following time to come.