Bollywood fraternity has heaped praise on the sensational show put up by PV Sindhu in the quarter-finals of the ongoing Tokyo Olympics.

Anushka Sharma took to her Instagram story to applaud Sindhu and wrote, “We’re so proud of you @pvsindhu1. Congratulations on advancing to the semis!” 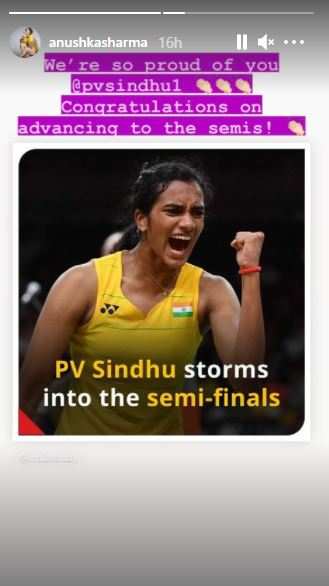 Arjun Kapoor also praised the Padma Shri award-winning badminton player on his Instagram handle and wrote, “Congratulations PV Sindhu on securing a place in the semi-finals We are so proud of you!” 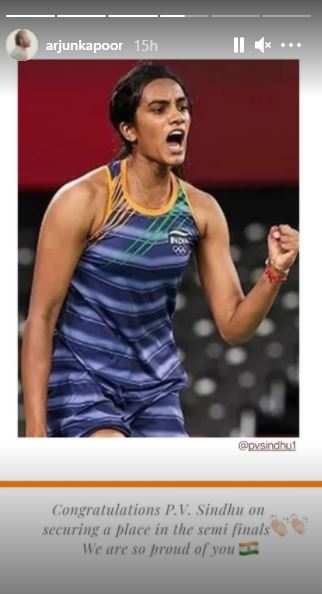 Taapsee Pannu, who has also been gearing up for her upcoming sports dramas, also heaped praise on Sindhu by sharing her picture on her IG story. Alongside the picture, she wrote, “She did it! Only little bit of nail-biting time but I have reserved them for semis! @pvsindhu1” 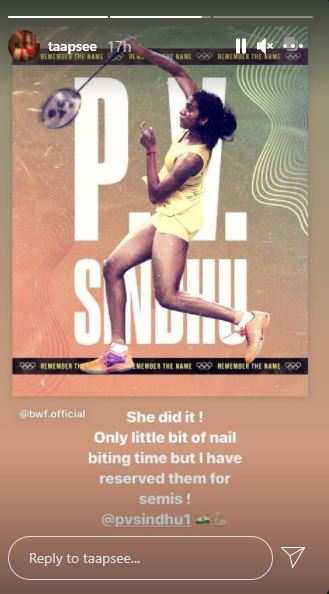 Bhumi Pednekar, Vaani Kapoor, and other stars from the film industry also showered PV Sindhu with heartfelt wishes as she stormed into the Semifinals at Tokyo Olympics 2020.

On Thursday, Sindhu had defeated Denmark’s Mia Blichfeldt in the Round of 16 matches of women’s individual event in the Tokyo Olympics here at the Musashino Forest Plaza Court 3.